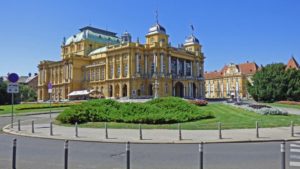 One simply can’t talk about the most popular places in Croatia without mentioning this beautiful city called Zagreb at least once. When it comes to Croatia, it is pretty much safe to say that Zagreb is the main center of many different events such as concerts and festivals, as well as many different community events. If it already isn’t, Zagreb should definitely be somewhere at the top of your places-to-visit list. In Zagreb, there is something for everybody, and that’s one of the main reasons why you should check this beautiful city out. The following are some of the most important things that you need to know about Zagreb!

Medieval Period Statues
While Berlin has a bear, Zagreb has lots of dragons. Of course, what I’m talking about here are not the real dragons, but the statues of dragons, as well as statues of many other medieval reptiles and things like that. With that being said, if you enjoy learning about medieval stuff, you are going to love this city.

A Friendly Place
Although Croatia already has a lot of German tourists, it doesn’t mean that there is no room for more. Zagreb is the kind of place that is always open to visitors. It is the city that welcomes outsiders.